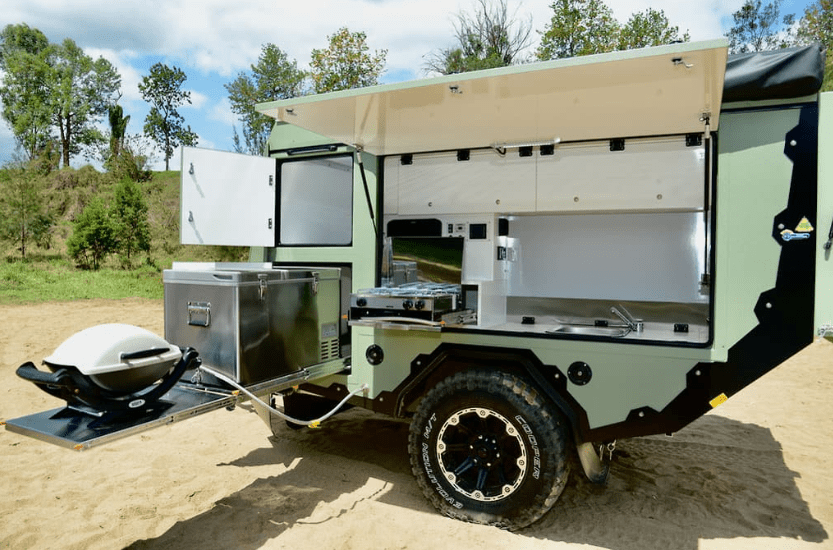 There are two things you can be sure of with any Australian Off Road product: it will be ‘on trend’, either creating or enhancing an RV market niche, and it will usually be a cut above its competition aesthetically.

Rather, AOR’s founder Steve Budden views his latest off-road creation as a logical current day replacement for the Odyssey hard floor folding camper trailer that formed the company’s foundation back in 2000.Working on the basis that the majority of today’s travellers are younger, time poor and expect a greater level of comfort than their predecessors, the Odyssey II ticks all the boxes.For a start, it’s 610mm shorter than AOR’s top-selling Quantum ‘Super Camper’ with which it shares many visual similarities, including its composite fibreglass walls and cut-away rear end. It’s also 370kg lighter at its tare weight of 1400kg, putting it clearly into camper trailer, rather than caravan territory.

Read the full article on CCS