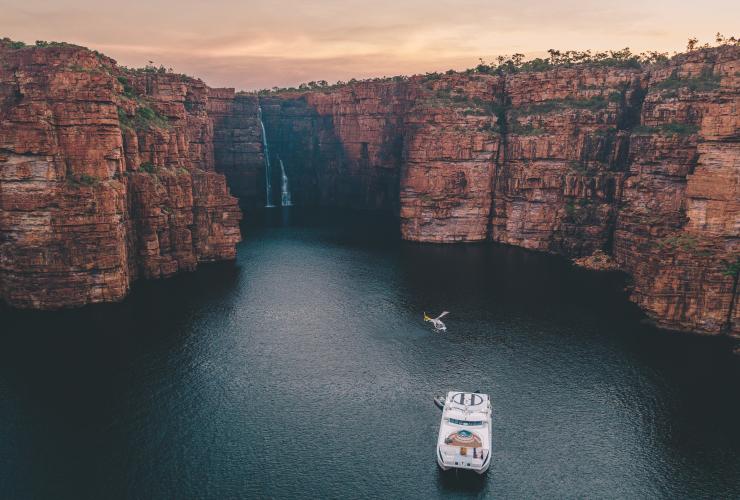 An ancient landscape covering hundreds of thousands of square kilometres, the Kimberley is one of the world’s most precious wilderness regions.

Three times larger than England and with a population of less than 40,000, the Kimberley region – spread over Australia’s entire north-western corner – is one of the world’s last wilderness frontiers. Here you’ll find prolific wildlife, majestic canyons, freshwater swimming holes and several outback stations, as well as one of Australia’s greatest 4WD road trips. Despite the area’s remoteness, it’s also a place of great food, luxury accommodation, friendly locals and one of the most romantic beach towns on Earth.

The Kimberley region’s major gateway is the outback beach town of Broome, famous for its 22-kilometre (14-mile) long Cable Beach, and the daily camel trains that trail along it at sunset.

THINGS TO DO AND TOP ATTRACTIONS IN THE KIMBERLEY

Check out the itinerary by Tourism Australia 2020

The History of AOR – in photos