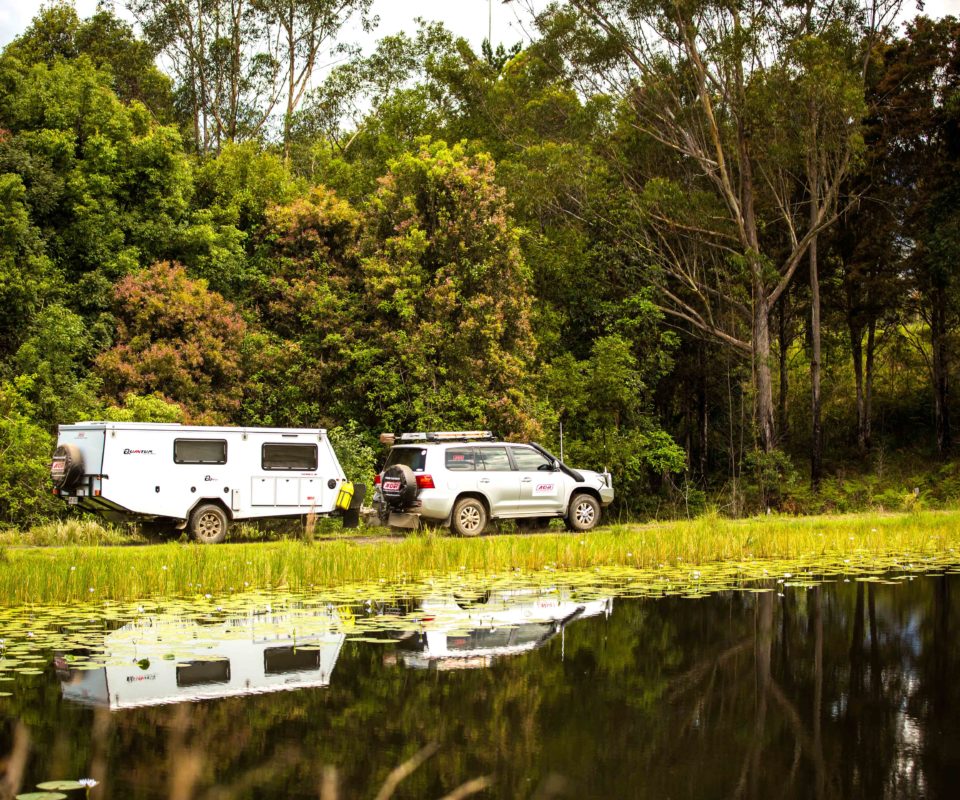 Check out Camper Trailer Australia’s review on our Quantum Plus. See what the judges had to say about why the the Quantum Plus stands out from the crowd!

“This big, bold hybrid exudes the comfort of a caravan but has a hunger for offroad and the great outdoors, just like a true camper.”

“It’s like towing your own private cabin throughout the remote reaches of Australia. The internal living space is light and breezy, with the large opening windows keeping it cool even as the summer heat was beating down on us. The full-sized queen bed is capped off with a pillow-top while there’s options to spec it right up to a five-berther. The Quantum Plus really shines. The awning is a caravan style offering that is quick to setup and covers the cleverly designed kitchen to provide plenty of living space and ample food storage throughout the various nearby compartments.”
Dan Everett

“Australian Off Road is a respected name in the Australian camper trailer market, having worked tirelessly over the years to earn its reputation for building exceptional quality offroad campers and hybrid caravans. And the Quantum Super Camper we saw at CTOTY is no exception. The Quantum displayed an exceptional level of indoor and outdoor living functionality, not to mention luxury. The interior has a high-end caravan feel with a full internal bathroom that somehow still allows for a spacious aesthetic with loads of storage. All of this is built upon a rock solid, completely Australian-made trailer construction built for serious offroading. The water and electrical systems are not messing around either, with the Quantum offering an incredible capacity for totally self-sufficient camping.”
Emma Ryan

“AOR pride itself on the high standards of design and construction in all its campers and it has rightly risen to the top echelon of camper manufacturers in Australia.”

In some environments the Quantum would be greatly favoured, not just because of its 320L water capacity but also its grey and black water tanks, the latter with a macerator, which would make it very environmentally friendly. Combine that with the 240Ah of AGM batteries, 300W of roof-mounted solar and the Redarc BMS30 battery management system and you have a camper that not only can get just about anywhere but then has the legs to stay there for a long time.”
David Cook

“So ya want to live forever? Well, you’ll certainly be self-sufficient enough to live for an indefinite period in remote adventures with the AOR Quantum. The AOR provides total in-house hygiene with its full ensuite complete with a 110L black water storage tank and marine style macerator disposal system.

When it comes to power you could virtually light up Luna Park. The fully integrated and loomed electrical circuit is a credit to the industry. It all starts with twin 120 AH AGM batteries with lithium options and a Redark Manager 30 for clear indication and control of the state of charge and discharge rates. It manages the 240V and 12V power with 240 input as well as 30Amp charger and solar regulator for the Anderson plug input and two large 150W solar panels on the roof. There’s a huge 1000W pure seine wave inverter that will run everything including your essential morning coffee machine and some hair dryers!”
John Willis