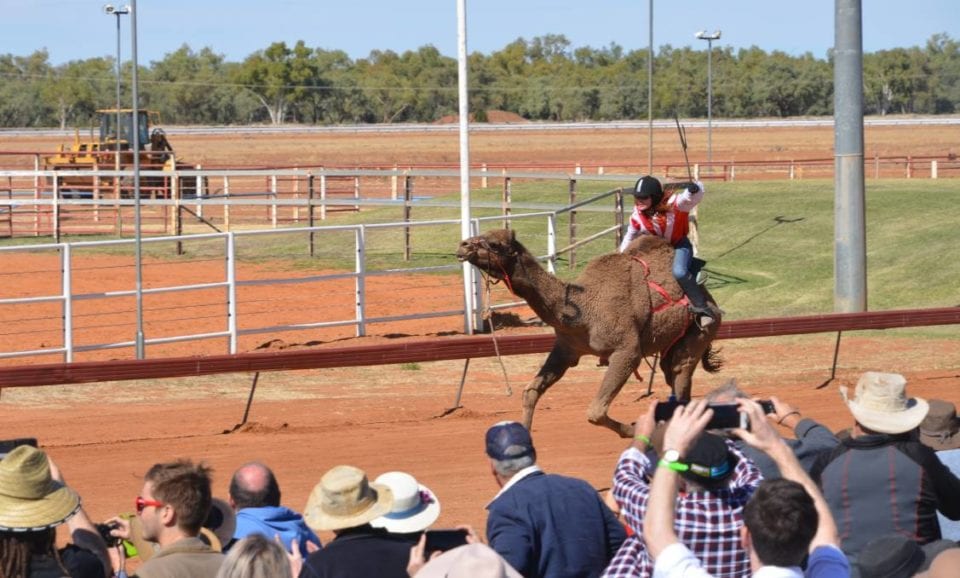 ARTICLE BY DEREK BARRY FROM THE NORTH WEST STAR.

The festival of the hump moves this weekend to Boulia after a successful start in Bedourie.

The annual Boulia Camel Races lasts all weekend and is the biggest of its kind, earning the label “Melbourne Cup of Camel Races”.

Boulia’s normally sleepy main street saw an impressive queue for fuel over the weekend, as traveller, many from the Big Red Bash and Bedourie Camel Races arrived to set up camp onsite early ahead of the races.

Event organiser Beck Britton said almost half of early ticket sales this year have come from other states, with travellers planning their winter holiday around the races.

Camel Trainers have arrived in Boulia ahead of the races, having travelled from as far as Victoria to in hope of taking out the prized 1500m Quality Electrical Boulia Camel Cup – the longest and most challenging camel race in Australia.

A simple Christmas on the road

Camping with your dog – Unsealed 4×4